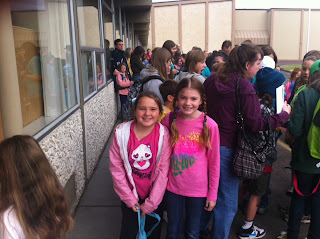 Today is the start of Summer Solstice Free Fantasy and to kick it off we're talking to Dave King, the author of Betrovia. (Note: Most of these novels have now returned to their regular price)

Dave, welcome to my blog. I thought it would be fun to ask some questions absolutely none of which are about writing.

So, Dave, if you were stranded on a desert island what 3 things would you want with you?
Let's say that I just happened to grab my laptop before the boat/plane sank, so I would have that. And of course I'd also rescue a solar-powered generator to keep the laptop battery charged. And the third thing would have to be a harmonica because I've always wanted to learn how to play one of those things. So when I'm not writing novels/short stories, I would be mastering The Devil Went Down to Georgia on the harmonica!

What is one book everyone should read?
Even though it's a compendium of 66 books, it would have to be the Bible. The gospel of John is the best book of the Bible to start with because so much of it are the words of Jesus.

If you could meet one person who has died who would you choose?
I would love to meet Samuel Clemens (Mark Twain). The Adventures of Huckleberry Finn is one of my favorite novels; I loved re-reading it every year when it was required reading for my high school students. It would be stellar to have a long sit-down with Mark to talk to him about his business adventures as well as his inspirations for writing. He was, BTW, one of the first successful “indie” writers!

What is your favorite thing to eat for breakfast?
Favorite thing for breakfast? I'd have to say it's what I usually eat: boxed cereal! My favorite when I was just a wee child was Lucky Charms; something magical happened to those little crunchy marshmallow stars, etc. when they were soaked in cold milk! If my Wifey hadn't already stocked the cabinet with Raisin Bran, etc., I would run out immediately and buy a box of Lucky Charms!

Please tell us in one sentence only, why we should read your book.
Everyone is challenged to do what is right, and Patrik, Betrovia's protagonist, takes the challenge and doesn't regret it!

Any other books in the works? Goals for future projects?
Betrovia is the first in The Land of Betrovia trilogy. Lycentia: Harrak's Scrolls will be unleashed on the general populace this Fall. The third book (working title of Ahnak: Edelin's Revelation) should be available Summer of 2013.

If you could jump in to a book, and live in that world.. which would it be?
I'm almost embarrassed to admit it, but it would be great to hang out with Bilbo, etc. in the Shire! The Lord of the Rings is one of my favorite stories. It would be great to go fishing with those hilarious hobbits, to take part in their drinking contests (in which I would lose since I don't drink!), and to lay on a Shire hillside in the middle of the night, staring up at the stars while puffing on a bit of Gandalf's select pipeweed.

Would we survive if we met your villain in a dark alley?
I can't really say that there's one die-hard villain in The Land of Betrovia trilogy. Viktor, one of the antagonists in the first two novels, could be considered a scary individual, but that is only due to his adamant opposition to the publicizing of Harrak's scrolls. So if we were on our way to delivering the scrolls to the Netherene High Priest, and if we met Viktor on our way there, I'd say that our survival may be in doubt!

Would we want to have dinner with your hero?
Why of course we would want to have dinner with Patrik! Besides being a great conversationalist,  he's also experienced at running a road-side inn where he came face-to-face with many very interesting characters! He's also a master hunter and trapper, and it would be great to listen to him as he told of his hunting and trapping adventures!

You have won one million dollars what is the first thing that you would buy?
A million dollars? Whoa! Tax-free? Let;s see... I've never had a brand-new car, so I guess my first purchase would be a brand-new Mercedes Benz E350 coupe with all the fixin's! Even though there are more expensive vehicles, there's just something about a Benz! Woot!

What inspired you to want to become a writer?
When I was a little kid, just about the same time that I began eating Lucky Charms for breakfast, I loved to read. And the first story that I wrote in either second or third grade was fawned over by my teacher. This got me thinking that I might like to do this for a job someday! I even dreamed of owning a black leather briefcase (with brass hardware and one of those combination locks) so I could carry my manuscript around with me to show off at work or wherever!

That was fun and I hope my readers enjoy it and got to know a little about Dave besides that he sits down and makes up stories. Of course, that's what I do too!

You'll find Betrovia along with 29 free ebooks by 23 authors as part of Summer Solstice Free Fantasy.
Posted by J. R. Tomlin at 12:16 AM No comments:

A large number of authors with a variety of types of fantasy stories will be taking part!

Here is a list of what you can expect to find free: