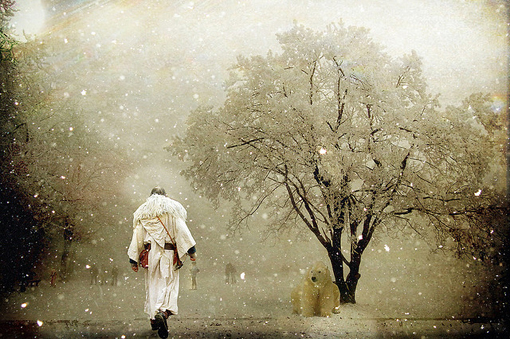 Email ThisBlogThis!Share to TwitterShare to FacebookShare to Pinterest
Labels: Christmas

Out soon: Not for Glory - an Excerpt


Not for Glory will be out in about three weeks. Here is one essential scene:


As I was walking all alone,
I heard twa corbies makin a moan;
The one unto the other say,
"Where shall we go and dine the-day?”


The voice stopped as well it should. James laughed under his breath. Was she truly teaching that song to the court’s children? He’d wager a gold merk the queen would not be pleased. A child’s squeal followed and a piping demand, “Sing more.”


James snapped his fingers at his shaggy-coated deerhound that had stopped to nose a scent on the wall. “Mac Ailpín, come.” He rounded the corner of the thorny hedge into the pleasure garden.  The air was redolent with summer roses and violets and a bushy rue gave up a spicy scent. William again demanded, “Sing more,” hanging from hanging on Ysabella of Ramsey’s arm as little Princess Maud knelt pulling the blossoms from a wallflower and dropping them into the grass.


Ysabella. A perfect rose in the midst of the garden, and he had never before seen it. Fair Ysabella. Golden-haired Ysabella. Wide-eyed Ysabella. She was slender, straight as a blade, with a radiant face and hair like a pour of honey. No longer a child, she wore a wife’s vein of blue that matched her eyes bound by a golden circlet and a silken gown that shimmered in the sun. He stared at her as she laughed down at his son. There was joy in her face.


The lad turned loose and looked up. “Father!” And then his eyes widened. “A dog…” he said in a rapt voice.


William gave a good try at a bow. He slid a look at Yabella from the corner of his eye and frowned fiercely. “My lord father,” he said.


James squatted and held our his arms. “Come. Let me see if you’ve grown whilst I was gone.”


William ran to fling himself onto his father’s chest, wrapping his arms around his neck. “I’m very big now. Did you bring me something? I want to play with the dog. Is it yours? May I have one?”


“It depends on what I hear of you.” But a clear-eyed examination from his son showed the lad had every confidence in gifts from his lord father. Ruffling the lad’s hair, James couldn’t help beaming. How did a child grow so fast? Had that much time truly passed? In two years, he’d be of an age to take a place as a page. And James had to wonder how he himself had gotten so old. He hoisted the boy up as he stood. “Has he been learning his manners, Lady Ysabella?”


She wrinkled her brow as she pretended to frown. “He talks a great deal, my lord. Even sometimes when he should be silent.” James looked into her wide, blue eyes and it was as though she could see right through his eyes into him. But her frown dissolved into a smile.


William’s lower lip was trembling and he looked at Ysabella.


“But he behaves not too ill,” she gave in.
James sank onto the stone bench beside her and sat the lad on his feet. He patted William’s bottom. “Play with Mac Ailpín and mayhap I have something for you before I go.”


The hound settled with a resigned sigh at James’s feet as William eagerly tugged on its ears. “Come look,” he commanded the Princess who’d apparently tired of destroying flowers and wandered over to crow at the dog's feathered tail.


“Where is Prince Robert…” He shrugged. The health of Marjorie’s son was a delicate subject. “Is he unwell?”


“He…” She lowered her voice. “He tries so hard to keep up with the others. But he still limps from the way of his birth, and yesterday he fell. He hurt his leg, so he’s abed.” Ysabella twined her long fingers together. She looked away and swallowed.


James rested his hand on hers to stop the twisting. “It can’t be anything serious. His grace would have said something.”


“No, but it’s hard to see him try and fail. And the other children aren’t always kind.”


William had straddled the big deerhound like a horse. The dog rose with a surge that sent the lad tumbling into the grass. He looked up, blinking at the indignity. James reached into his purse and brought out a top painted in stripes of bright blue and red. “I don’t suppose anyone might want this?” he asked.


“Mine!” William exclaimed. When Ysabella shook her head at him, he said, “Thank you.”

Ysabella rose and held out a hand to the Princess and William. “I married this year you know, my lord."


“I know.” He was still staring at her.
She led the children to the entrance through the hedge, but she paused to give James a last look. "Welcome back." Then she was gone.