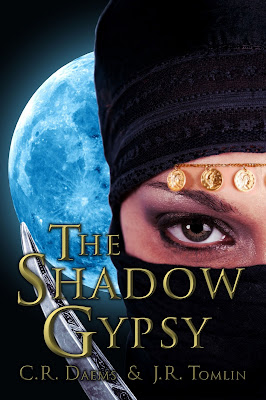 The Shadow Sister Ryana, the very Shadow of Death, is marrying her beloved and joining his gypsy clan. War took her innocence, and now she's determined to rebuild her life. But religious cults are springing up, and the gypsies come under attack. Ryana's best friend in the Sisters, Jelena, has fled to join one of the cults, and the senior Sister asks Ryana to find out why.
Too late, Ryana discovers their enemies have a sweet and seductive weapon, one that has turned Jelena into her enemy. Ryana is betrayed, kidnapped and her will stolen. She must regain it if she is to defend her clan and the Shadow Sisters. If she fails, it means the end of both her families--her new gypsy clan and the Sisters she swore to defend.

Price Reduced on The Shadow Ryana And watch for The Shadow Gypsy coming June 23!

You can buy this at: itunes.apple.com/gb/album/you-­canny-have-spare-room/id656721­896 Of your 79p purchase, 50p will go to anti-Bedroom Tax campaigns all over the UK.

The Real Story on Publishing

Apologies to people who have no interest in publishing except reading books, but obviously I am part of the industry. I've thought about writing a blog post on the topic, but it is so complicated and contentious these days... I haven't.

However, author Michael J. Sullivan just cut through a lot of the bull shite on his blog and did it much better than I think that I can. So if you're interested in why so many authors and publishers are in such a lather, I suggest reading his blog post:

It's well written and informative. And for those not interested in publishing, I have a post on sword fighting coming up in a few days.
Posted by J. R. Tomlin at 12:11 PM 3 comments:

Not for Glory Available in Paperback

I've had a number of requests for this and always intended for it to happen. The formatting was delayed by the pressure of other projects though. I apologize to anyone who was waiting for it in this format. Hope you enjoy it! 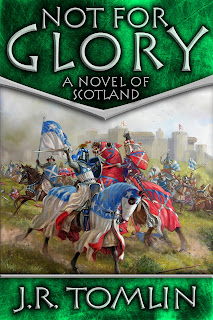 Not for Glory in Paperback from Amazon
Posted by J. R. Tomlin at 5:39 PM No comments: