From his childhood onward this boy will be surrounded by sycophants and flatterers by the score—[Cries of ‘Oh, oh!’]—and will be taught to believe himself as of a superior creation. [Cries of ‘Oh, oh!’] A line will be drawn between him and the people whom he is to be called upon some day to reign over. In due course, following the precedent which has already been set, he will be sent on a tour round the world, and probably rumours of a morganatic alliance will follow—[Loud cries of ‘Oh, oh!’ and ‘Order!’]—and the end of it all will be that the country will be called upon to pay the bill.

I am traveling for the next two weeks, mostly enjoying the sunny, long summer days of Scotland, but will have my laptop with me so will occasionally post and tweet. 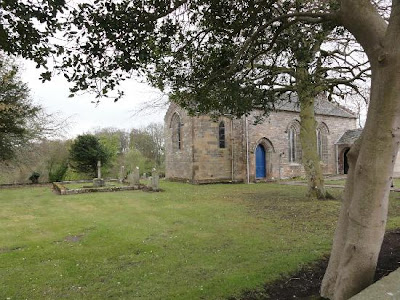 Quite a long time ago I wrote a post here on writing a believable sword fight scene. It continues to be popular, and I've had numerous requests to post more on the topic. I do think there is more to be said.

Importantly, I want to clear up one important point. Fencing and medieval sword fighting are not the same thing. In fact, they have very little in common. Fencing and the use of thrusting weapons such as the rapier first came into vogue in the 16th and 17th centuries. Before then, it is a mistake to represent a rapier being used. The fencing terms that are still used today were invented in the late 1500s and should not be used in any sword fight before that time. So if you are writing about medieval rather than Renaissance sword fights, you can't take a fencing lesson or watch fencers to find out what it looked like; however there are organizations such as the Society of Creative Anachronism that have groups and lessons in using medieval weapons.

Now I would like to go more into how fighting was usually done in the middle ages.

You need to be aware of a number of misconceptions about medieval sword fighting, which was done almost entirely by the knight classes. Swords were not heavy. Wielding one was was tiring, but the weapons themselves were surprisingly light. A typical longsword or hand-and-a-half sword weighed about two and a half pounds. A typical two-handed sword such as the supposed Wallace sword on display at the Wallace Monument weighed about six to eight pounds. (Parts of the "Wallace Sword" might in fact date early enough to have been used by Wallace although the entire sword definitely does not) However, a sword or sword and shield was not a knight's preferred weapon. Given a choice, a knight would fight with a lance and would never voluntarily give up being mounted. So most knightly combat was done on horseback, beginning with a lance.

Of course, if the fight began on foot then that was not a choice, but it would be the normal beginning of any duel. The assumption that the largest weapon and person always won, an assumption made by even excellent writers such as G. R. R. Martin for example, is simply wrong. I could cite (but won't for brevity) a number of cases where agility, experience, and maneuverability were the deciding factors.

And unless it was a duel of honor, which did happen on occasion, there was no shame in a friend bashing your opponent over the head or stabbing them through the back. Throw sand in their face? Of course. Bash them up the side of the head with your shield? Given the chance because a shield was also a weapon, one most knights chose to use. Two-handed swords tend to be over rated since they provided little in the way of defense. Of course, what is often referred to as a longsword or hand-and-a-half sword could be used either with a shield or as a two-handed weapon which is one reason they were so popular.

One of the other important factors is that knights with few exceptions spent their entire lives from an early age studying and practicing fighting. Of course, like any activity the ability would vary and you might write about a knight who had little innate ability, but if your character is good at sword fighting, just as with any physical activity, they don't have to think about the details while doing it. Does professional basketball player think about exact hand and foot placement in the midst of a game? Of course not. This is something that is second nature by the time they're playing at that level. The same would be true of a sword fighter. Watching for openings, judging their opponent, and seeing how to take advantage of the environment are much more likely to be what they think of. They certainly won't stop in the middle to describe who is watching or philosophize about why they're fighting.

For all hand-to-hand combat, I observe a fairly simple rule: always keep within a close point of view. What would your protagonist see and think? That is all I want in a sword fight scene. One thing for sure is that they aren't going to try to be the fanciest possible with an opponent swinging a very sharp sword at their gut. A sword fight is short, brutal, and generally has only one object which is to kill your opponent.