Snippet of my work in progress: a historical mystery!

Sadly it doesn't yet have a title. It is my first historical mystery, and here are the first few pages (unedited). Hope you find it at least somewhat interesting


Through a gray curtain of drizzle, Law looked down from his window at the muck of the High Street. Narrow shops where the shutters were closed against the damp chill, under the shadow of out-thrusting overhangs, moldering plaster walls interspersed with graying timber uprights. All of the outlying suburbs of Perth were like this; narrow vendels that lead to a street of drear houses crammed with the leavings of their betters. After spreading his gaze across the rooftops of Perth to the murky ghost-spire of Kirk of St. John the Baptist and the River Tay, he snapped the shutters closed.

A tiny peat fire in a brazier threw fingers of red across Law Kintour’s wobbly table. The room was small, smaller even than his tent in the days when he’d followed the Douglas to war. His narrow pallet bed was against the opposite wall to that he shared with his landlord Wulle Cullen and his wife. The meager bits of furniture were rented with the room. A wooden kist near the door held the few belongings he had salvaged from disaster in France.

Loud voices that nearly drowned out the sound of a minstrel playing a vielle filtered up to Law through the cracks in the wooden floor above Cullen’s tavern. The tavern was jammed between a brewster and a bakster, the daub thin and flaking. The ground floor boasted a barrel of ale on a trestle, stools, a couple of benches and a long trestle table for eating. Bette Cullen could usually be found stirring a pot of broth that hung from a crane over a peat fire on the hearth whilst gray-haired Wulle bustled about tending to the customers.

Law sat and hunched over the mutton broth he’d ordered from downstairs, though it had more of barley, onions and kale with only a hint of meat to it. He quickly ate it since he’d let it get cold, but he sopped the bowl clean with a hunk of oat bannock. When there was a tap on the door, he looked up with a belch.

Frowning, he called out, “Aye?”

Cormac MacEda opened the door. He was a lanky young man whose striped red and cream doublet with crumpled red ribbons at the seams Law always thought regrettable even for a minstrel. But his eyes were blue and playful in a boyish face. He closed the door behind him, lounged against it, and said, “There is a man in the tavern looking for you. Says his name is Erskyn.”

“Looking to hire a man-at-arms?”

“Mayhap. You’ll want to talk to him. He has siller enow to judge by his dress.”

Cormac opened the door again and took the rickety stairs down to the the inn. Law stood, smoothed his shabby doublet and tugged it down to try to hide the small hole mid-thigh in his hose. He’d dumped out the night-soil bucket this morning. After years in military camps, he didn’t leave his belongings flung about, not that he had many. Poor though he was, he kept his meager room as neat as he could. Hopefully, someone desiring to add a lordless knight to his tail would look for no more.

A harsh, rasping voice on the stairway said, “Aye, I see the way. Leave us the now.”

The door was flung open and a man strode in. He half-turned, scowling down the stairs until Cormac was out of sight. He was a tanned, erect man in his mid-thirties, wiry and medium height, fine looking in spite of the deep lines that scored from his nostrils past his thin mouth. Dark hair curled around his forehead and over the back of his neck. His nose was high-bridged and his eyes oddly bright.

Law had no doubt that the man was accustomed to barking commands and having them obeyed. He looked the man over, trying to assess what lay beneath the confident gaze. His black velvet houppenlande trimmed with marten hung in organ pleats to his knees. It would have been fashionable even in the court of France. A sword with a gem-encrusted hilt and engraved scabbard hung at this belt.

He swept his gaze warily around the room before he locked his eyes upon Law. “Sir Law Cullen?”

“At your service...” Law raised his eyebrows.

Law bowed and with a sword-calloused hand indicated the stool he had vacated, the only seating in the room other than his pallet.

The man nodded briskly before scanning the stairway once more and pulling the door firmly shut. He ignored the stool to take a slow turn around the room. The plaintive notes of Cormac’s vielle came through the floor and the sound of a strident, drunken laugh. A ragged spatter of rain clattered against the shutters. The ashes of the dying peat fire in the brazier twitched and flickered. The caller watched them with uneasy eyes.

“I have heard you served the Earl of Douglas in France,” the man said at last. “And were in his confidence.”

James swallowed a protest that his master had been Duke of Touraine when Law followed him into that final battle. “Aye, that is true at least in some degree.”

“Good.” The man nodded sharply, his thin mouth in a tight line. He frowned at the closed door.

Law nodded again. Erskyn was not a lord’s name he had heard before, but he had been away from Scotland more than in it until his lord’s death. Yet he was certain he would have heard if the man was from Perth even in the two months since his return. The thought of his lord’s death and his own reception at the hands of the new earl on his return curdled his belly so he pushed the thought away. For now, he needed a new patron and from the look of it, this man had the siller to afford knights to follow him. “And you heard I was seeking a new patron,” Law prodded.

“Tell me about yourself, Sir Law. If I am to employ you, I believe I have the right to ask.”

“There is little to tell, my lord. I am thirty years old. I was a squire in the Earl Archibald’s household and knighted by his hand. Was with in him France when he was made a Duke.” Law crossed to the window and opened a shutter to peer through the murk. “I was at his side when he fell in battle.”

“Yet lived yourself to tell the tale,” Erskyn said in an acid tone.

“Aye. Some might call it luck that I took a blow to the head. A...fellow knight pulled me out of a pile of bodies, or I might have died there after all.” The new earl had demanded why he hadn’t died defending his lord before he tossed Law a purse with a few gold for the news of his father’s death before he informed Law that he had no use for him in his own tail. Law strode from castle rather than be expelled out by the glaring men-at-arms. “The two of us managed to make our way back home, but…” He shrugged and turned back to find the man studying him with narrowed eyes..

“I am concerned with a secret matter.”

“You have no one in your service, no servant, you would trust?” This seemed odd.

“It would be a tempting piece of tittle-tattle. But you are not kent in Edinburgh to spread it about.”

Law stiffened. “If I give my word to keep silent, that is what I do, my lord.” 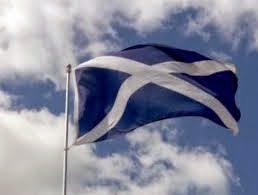